Molecular orbital theory(MOT) is a quantum mechanical approach to bonding.Thus, this theory considers an orbital as a wave function(ψ).In order to understand MOT , it is imperative that we know the basic principles of wave superimposition.

Wave is a disturbance which transfers energy through matter or space from one point to other. So, a wave can be thought of as an energy transport phenomenon.
e.g. – Sunlight reaches earth in the form of light waves. The  heat and light energy from the sun is transported across space via these waves.So, we feel the heat and see the light when the sun comes up . 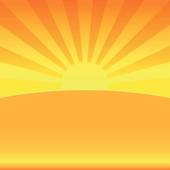 Waves consist of – Crests and troughs.

Amplitude → Height of the wave from equilibrium position either upwards or downwards.Higher the energy of the wave, higher is it’s amplitude and vice versa.

Interference and superposition of waves.

When two or more waves meet, they superpose , to form a resultant wave and the phenomenon is called interference of waves.Interference is of two types – Constructive and destructive intereference. The principle of superposition of waves is –

When two waves interfere, the resulting displacement of the medium at any location is the algebraic sum of the displacements of the individual waves at that same location.

CONSTRUCTIVE INTERFERENCE – In this type of interference, both interfering waves have the same displacement in same direction at the same point of time i.e they are in phase.So, when they meet, the crest of one wave superposes with the crest of another wave and the troughs coincide too. This has an additive effect and thus the resultant wave has higher amplitude than the parent waves.

However if the two parent waves are not similar, then , the amplitude of the resultant wave is less than that of the highest amplitude parent wave.

(In the above tables, the  numerical values given to  A1 and A2 are  just for example).

With our understanding of waves , we will learn the MOT in our next post.Till then ,